The impact of the novel coronavirus has been felt in virtually every sector of the economy, and cities are no exception. Local governments are working to maintain services and ensure public safety while losing millions due to reduced revenue from transit services, property taxes and city-owned arenas and attractions. However, the silver lining might be that the health crisis is also speeding up positive technological change within forward-looking municipalities.

"COVID-19 is playing the role of accelerator," said Vivianne Gravel, founder and CEO of bciti, a smart city platform and solution provider based in Montréal, Quebec. "The pandemic is proving to be a catalyst for digital transformation within smart cities, smart governments and even among citizens."

Vivianne has spent her career as a tech entrepreneur. In 2015, she founded and launched bciti, a sophisticated smart city platform that connects systems, digitizes resident services and provides local government with real-time analytics dashboards. The platform leverages advancements in technologies such as AI and the internet of things (IoT) to gather and collate massive amounts of ethically sourced data, giving decision makers valuable insights into city processes as well as the needs of residents and visitors.

"Our greatest challenge right now is simply keeping up with demand"

Part of the push has to do with city workers needing to remain safe. Vivianne says most cities have moved quickly to set up and deploy equipment that allows employees to do their jobs remotely so they can practice effective social distancing. But setting up remote work is merely a step toward a city's ultimate goal, which is helping the people they serve.

During a pandemic, that help could take the form of anything from redesigned public transportation schedules to monitoring how and whether people are observing social distancing rules. These tasks depend on technologies that allow city workers to quickly collect, understand and act on information from a variety of sources—such as public cameras that capture and monitor the flow of people and traffic.

According to Vivianne, a properly implemented smart city solution provides valuable data beyond its core function. For example, a consumer-oriented application might help an end user find a parking spot, but the data it collects can also be used by the city to understand traffic flows, usage rates, anticipated pedestrian density and more.

"If a city's systems (and these solutions) are fragmented in discrete silos, then you cannot maximize data using predictive AI algorithms," says Vivianne. "In a smart city, these systems are connected in a way that allows decision makers to view and understand everything in one place, and when necessary, share data ethically with other municipalities and urban regions."

"Cities want to connect with people in real time."

IoT technologies that leverage the LTE-M and emerging 5G networks not only gather the data city residents and infrastructure use, but they also play a pivotal role in opening the door for two-way communications between local governments and their constituents.

"Cities want to connect with people in real time," says Vivianne. "This has become a priority. They need a system that allows them to communicate locally, deliver important messages and create forums for discussions and feedback." 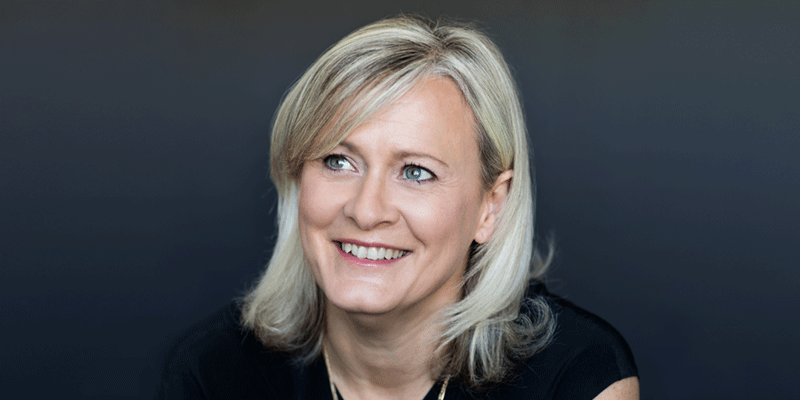 With appropriate rules and terms in effect to satisfy any ethical considerations, she sees the possibilities for decision makers to mine and apply this information to do their jobs better.

However, whether due to concerns about privacy, administrative red tape, fear of change or a political will focused on other priorities, some municipalities have been slow to implement the available technologies and to bring services under one common digital infrastructure. But the harsh realities of COVID-19 are now prodding decision-makers to make the leap.

"Just today we received a call from a client that hadn’t been considering connecting any existing services in the near future," explains Vivianne. "Now they want to look into connecting multiple systems, including municipal court and management of tax permits, in order to be able to provide more reliable and efficient service as the pandemic continues."

"I don't think things will return to the way they were…"

And once a city steps into the future, availing itself of the advantages provided by smart city platforms, Vivianne believes it's unlikely people will want to step back just because the pandemic passes.

"I don't think things will return to the way they were," says Vivianne. "Many city employees won't go back to being centrally located at city hall, and decision-makers will feel empowered by their newly acquired and intelligently organized data. The push toward smarter cities has picked up momentum and will only increase."

Learn more about smart cities or speak with your local Rogers representative for more details.

Be the next business featured by Rogers!