For this growing software development company with clients around the world, a strong Internet connection can mean the difference between making or losing a sale. That’s why they chose fibre-based Internet services. 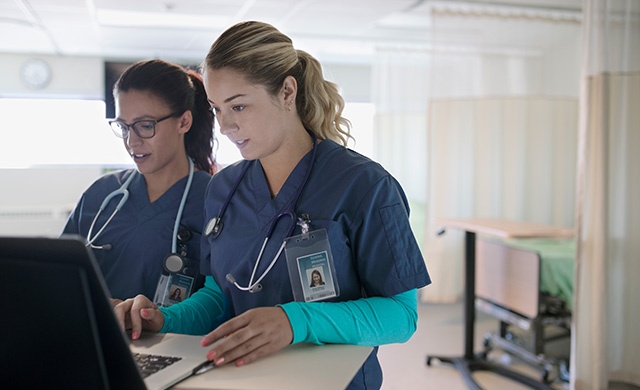 When TechCrunch named Canada as “North America’s up-and-coming startup centre” in April 2017, they were definitely onto something. Numerous factors make Canada a hotbed for startup success, including:

- Future-forward infrastructural support through initiatives, such as the Build in Canada Innovation Program (BCIP); and,

- An excellent track-record of delivering startup success, with companies like Slack, Hootsuite and Shopify all developed and run from north of the 49th parallel.

Nowhere is this more evident than in the case of AlayaCare, a software-as-a-service (SaaS) healthcare startup that’s revolutionizing the in-home care experience for countless patients around the world.

Since launching in 2014, AlayaCare has raised several rounds of venture capital, as well as support from FedDev Ontario, to the tune of $5.5 million for its highly functional, user-friendly digital platform that reduces the administrative work that goes into home healthcare, allowing nurses and other mobile-care workers to focus on patients’ health outcomes instead of office tasks.

With offices in Toronto and Montreal, and clients spread around the world, AlayaCare’s 76 staff members (more than half of whom are developers working on the many “moving parts” of the SaaS platform) put major technical demands on their corporate Internet services. Brady Murphy, VP Sales and Marketing, says, “We’re servicing worldwide clientele, so the need to have a really strong Internet connection is paramount. We’re talking on the phone, running demos, video conferencing, and we also offer quarterly webinars. And there’s nothing more frustrating to our client-success reps than having a poor Internet or landline connection.”

“Any sort of latency can negatively affect a deal,” says Murphy. “We’ve found that when the infrastructure isn’t up to the task—say, a webcast skips—a prospective client will unfortunately have a negative impression of our software, even though it has nothing to do with our development capabilities. It’s all about Internet performance. Yet we can still lose a deal because [poor Internet service] suggests that the technological infrastructure isn’t there to support the experience we’re working to provide to our customers.”

Murphy is quick to point out that the issue of Internet performance and reliability extends beyond customer satisfaction; it also affects their own staff: “In a competitive developer market, everything counts. When someone new comes on board, we want them to see that we’re investing in our infrastructure—from the copier to the coffee machine to newer laptops and ultra-high-speed Internet services, all these things are important.” Ultimately, the cost of maintaining leading-edge infrastructure, including the fibre optic-based Internet services that AlayaCare uses in their Canadian offices, is considered an investment in the recruitment and retention of the people that help the organization continue to grow.

From fast upload speeds that can support giant code releases, to online connections that support up to 10 videoconferences with clients around the world at any given time, AlayaCare’s business has been built on a foundation of Internet services they can trust to deliver the reliability and strong performance they need.