To get the most out of these common business apps and functions, make sure your uploading ability is up to speed. 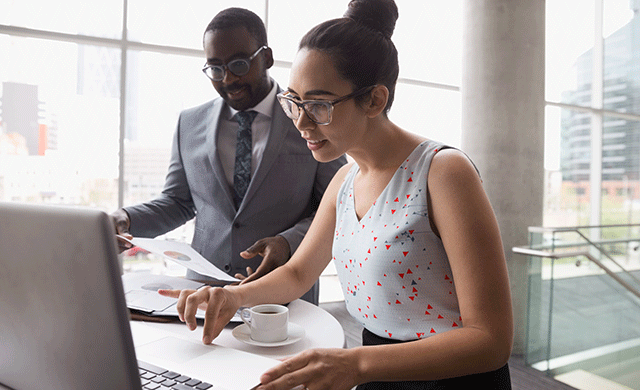 Traditionally, both people and businesses consumed far more online content than they created. For instance, we watch nearly 700,000 hours of video a minute on YouTube – more than one billion hours of content a day – while content creators upload only 400 hours of content in those same 60 seconds. With all that video streaming, it’s no wonder that download speed – the rate at which we’re able to access data from remote sources – is a crucial performance metric for internet connectivity.

However, while the amount of content being created pales in comparison to the amount consumed, the former is skyrocketing nonetheless. According to an IBM Marketing Cloud study, 90% of the online content that existed in 2016 had been created only in the previous 12 months—a rate of 2.5 quintillion bytes of data per day. For businesses, that means upload speed is becoming increasingly significant.

Every day, we create 2.5 quintillion bytes of data.

Since cable as well as DSL networks were originally designed with the content consumer in mind, they’re focused on faster download speeds, which for many businesses may be perfectly suitable. But for businesses that require upload speeds faster than most, fibre internet may be the best solution because, on top of providing virtually limitless capacity, fiber offers symmetrical speed: the same rapid speed for both downloading and uploading content.

If your business does a lot of the following, you may be a candidate for fibre internet, particularly because of the high upload speeds it offers:

1. Video conferencing: In recent years, video conferencing has become an essential business tool for collaboration between employees, coordination between multiple branches, and communication with partners and customers. An estimated 86% of organizations use video conferencing tools because of the productivity it yields; but connectivity issues during meetings, such as freezing and lagging, can negate the whole point of having them. Video conferencing requires a simultaneous flow of data in two directions – you must download video and sound from other meeting participants at the same time you upload them on your end – making fast symmetrical speed a must for it to work properly

2. Large file transfers: More data means larger file sizes. Therefore, whether you’re using high-definition video, leveraging large databases or transferring gigabyte upon gigabyte between employees, the larger the files, the longer these tasks take. Let’s say you want to upload a 10 GB video. If your upload speed is 50 Mbps, it would take several minutes to send your file. Meanwhile, if you were on a fibre network with symmetrical speed of up to 10 Gbps, you could upload it practically instantly. Multiply these differences across tasks and employees, and the productivity savings from fast upload speeds can be substantial.

3. Heavy cloud app usage: Unlike software installed on your device, cloud-based apps require constant transmission of data between your device and the internet to function. This means that if the rate at which you send data to the cloud is slow, app performance will lag. While running just a few apps is unlikely to be an issue, heavy app usage requires a fast symmetrical connection to help ensure you’re getting the most out of your investment.

4. Real-time backups: Continuous data protection, a.k.a. real-time backups, is increasingly considered a top strategy for preventing data loss in the event of a major network outage or cyberattack. That’s why it’s important to copy and store in the cloud the data you generate. However, because continuously backing up all that information on your network generates a massive amount of data in and of itself, it’s important to ensure there’s a speedy pathway to secure storage.

From better collaboration to more effective disaster recovery, technology is vastly improving business functions and outcomes. But with such innovation comes a new need for upload speed—and it’s important to ensure your network can support the tools your organization relies on to thrive.