Protect yourself and your business with an SLA that covers your IT system needs. 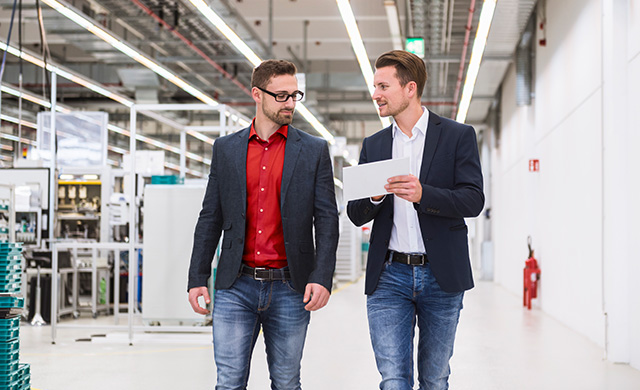 With about 3.4 billion people (or almost half of the world’s population) accessing the Internet worldwide at any given time, and an estimated 228 million Google searches being conducted every hour, the stakes are higher than ever for companies that do much of their business online.

In our always-on and always-connected world, consumers expect top-notch performance and availability from the sites they visit most often. According to a study of the “digital desertion” habits of 2,250 Internet users across the U.S., U.K. and Sweden, poor website performance weakens brand loyalty: 60% of respondents were likely to become less loyal to a particular brand if they encountered poor website or app performance, while 54% wouldn’t wait more than an hour before abandoning a favourite site that was experiencing downtime (even if it was due to updates being made on the backend).

What’s the cost of your network being down for even one hour?

If you’re a mega-brand like Amazon, an outage like the one in March, 2017—which led to a three-hour disruption on a swath of sites and apps (including iCloud, Slack, Trello, Venmo and Quora, as well as 54 of the Internet’s top 100 retailers)—will set you back an estimated $150 million.

Conversely, an average-sized company can expect a single hour of downtime to cost upwards of $100,000 in revenue alone, according to Information Technology Intelligence Consulting (ITIC), whose researchers have been studying this phenomenon since 2008. (Note: The cost of downtime is highly dependent on several interconnected factors, such as an organization’s revenue levels; the industry in which it does business; the duration of the outage; the number of people affected; and the time of day that the outage took place. Thus, any outage costs are estimates only.) And depending on the seriousness of the outage and types of clients affected by it, the actual monetary costs are amplified by the risk and exposure to litigation that can follow downtime, not to mention the resulting damage to a brand’s reputation. So, if your business is dependent on the availability of your wireless and wired networking services that connect you to the Internet and between your branches, warehouses, Data Centres and HQ, or if you’re an eCommerce retailer with no brick-and-mortar locations, the reliability of your Internet systems can have significant consequences on your bottom line.

Whether outages are caused by technical glitches (like the problems that continue to hamper airlines around the world, including the systems failure that brought down 125 different carriers on September 28, 2017), human error (like the Amazon example above) or more nefarious reasons (such as cyberattacks), it’s incumbent on every company to protect its technological infrastructure.

If online or IT is an important part of your company’s operations, then you’ll want to be sure that you choose system and solution partners whose Service Level Agreements (SLAs) meet your organization’s minimum requirements for reliability and availability.

SLAs—your safeguard against risks to business-as-usual

The SLA offered by service providers (both internal and external) helps to define the working terms of your partnership. And like in any good relationship, an SLA works to build trust and mutual confidence by defining the guaranteed level of service you can expect to receive from your IT systems and infrastructure.

When vetting vendor SLAs, look for the following measures of reliability and service-level parameters:

There’s no denying that businesses need a dependable technological foundation to get ahead of the competition. That’s why more forward-thinking organizations are pursuing relationships with providers who can guarantee an optimal level of service that safeguards their business, their reputation, and ultimately, their longevity in the marketplace.

If you’re investigating new partnerships, be sure to take the time to review and optimize the parameters of all SLAs for the good of your business.