“All the infrastructure and technology in the building was designed and built by Rogers. They were with us from the construction process till the end.”

The newest crown jewel of downtown Halifax, the Nova Centre consists of two office towers, a five-star hotel, retail space and a state-of-the-art convention centre, the million square-foot LEED (Leadership in Energy and Environmental Design) Gold complex is breathing new life not only into Nova Scotia’s business community, but the community at large. “We had 12 public consultations,” recalls Joe. “Seven were in Halifax, and another five were throughout the province. The vision for the project came from these consultations, so it was conceived of by the public.”

“It’s revitalized a lot of the areas around us,” says Suzanne Fougere, Executive Vice President of Events East, which manages the Halifax Convention Centre. “We worked hand-in-hand with Rank on all of those consultations. We were building something that had to stand the test of time.” According to Suzanne, the Nova Centre has changed not only the landscape of downtown Halifax, but the vibe as well, drawing more crowds and generating more activity than the area has seen in decades.

The Nova Centre boasts thousands of kilometres of fibre optic cabling and more than 400 cellular antennas throughout the complex, providing end-users with world-class internet connectivity and high voice quality respectively. High-speed WiFi is also available throughout the Nova Centre. The WiFi networks include dedicated networks for tenants—such as financial institutions, restaurants, retailers and more—and public WiFi, which more than 10,000 guests can seamlessly access all at once. 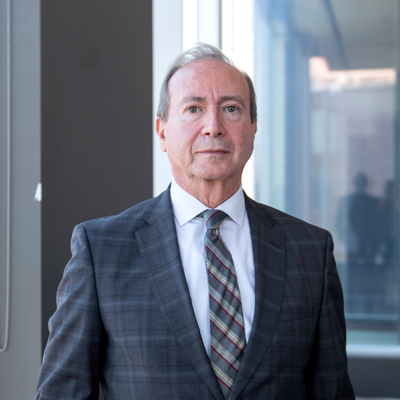 This connectivity is particularly crucial for the Halifax Convention Centre. Now with three times the space it had in its old facility, the convention centre hosts some of the most significant national and international events in Canada—and that means a lot of people communicating and coordinating over those WiFi networks.

“A delegate is really just looking for a seamless experience,” says Suzanne. “They want to walk into a facility, get on the WiFi network immediately, participate in a conference, and at the same time connect back with work or home—and they could be doing three or four things at once.” But of course, as Suzanne points out, it isn’t just about the guests; conference planners need a reliable way to communicate with their teams and Suzanne’s. “For us, running an event with 3,000 people across six levels of a facility means we can have anywhere between five to ten delivery teams that need to be able to talk and text with each other in real time,” she says. “We’re able to do that, and that’s critical to our success.”

It’s the people that matter

Despite the technological sophistication required to make the Nova Centre the ground-breaking project it is, it was the human element that mattered most in deciding on a connectivity provider. “After speaking with the local Rogers staff, the decision was quickly made. “The most important thing is people,” says Joe. “We didn’t even hire a consultant; we were that comfortable with Rogers.”

And this human element was crucial in getting the infrastructure installed. With such a large project, the potential challenges were more logistical than technical. With so many different contractors and workers involved—there were 300 electricians alone, for example—coordination was key, and Rogers got the site connected with minimal issues.

Anchors in the community

Suzanne echoes Joe’s sentiment about the trustworthiness of Rogers and its people. “We’ve had a longstanding relationship with Rogers,” she says, “and we like to think of them just like we think of ourselves: anchors in this community.” 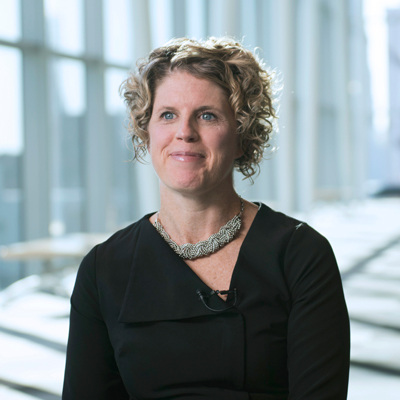 To reinforce its commitment to Halifax and its people, Rogers acquired the naming rights to the Nova Centre’s outdoor plaza. As both a pedestrian promenade and a venue for concerts, festivals and other outdoor events, Rogers Square plays a major role in ensuring the Nova Centre is a community hub as much as a business one. “When the Raptors were in the NBA championship, we became the first place outside of Toronto to show the game to the public in a large outdoor venue,” says Joe. “Thousands of people came to watch.”

Able to handle connectivity upgrades to its fibre, WiFi and cellular network infrastructure for years to come, the Nova Centre is poised to usher in a vibrant future for Halifax and the Atlantic region. “the Nova Center and the convention center are showpieces of our downtown and a great way to showcase Nova Scotia to the world,” says Joe.

“We create memorable experiences and really authentic Nova Scotia experiences,” says Suzanne. “We understand our customers and what they’re looking for and we’re responsive to their needs. And we’re fortunate that we have partners like Rogers who enable us to be able to do that.”